I'm glad to make the announcement that the tide has turned in the baseball card market. Let me explain:

In the late 80's and early 90's, Topps, Donruss, Fleer, and the other baseball card companies started mirroring what they were seeing in the market over the previous years. What were they seeing? They saw people like me buying 10/20/30/40/50/100 of certain key players and rookies. For me, it was really about 1987 that things started heating up in terms of investing in baseball card rookies. I was hot on the prospects of Red Sox rookie Mike Greenwell. I had him pegged for a 400-500 HR Career. So I bought 100 of his 1987 Topps cards (Card #259), at 15 cents per card. I also got my cousin and uncle to invest, and since then, I have been the subject of many a family joke regarding it. Therapy helps, somewhat.

So, anyway, the reaction of the big companies to this buying spree and the mentality of baseball cards of hot Rookies as a Blue Chip investment, or a Stock Market type of investment, was to produce. And produce. And produce. The flood came and it remained. All of them went overboard. Thus, the abundance of unopened packs/boxes/cases from those years that are/were out there.

Now, I obviously have a vested interest in the success of those cards, especially the stars I have saved for years in Gem Mint condition. I watch that segment of the market very closely and I look for signs. And the signs are here and changes are coming. But Wait....

For all of those who whine and complain that they mass produced cards in the late 80's and early 90's and they'll never, ever, be worth anything and you should "use them as wallpaper", and boo hoo/waah waah, I've got a news flash for you, so cover up those beer bellies, pluck the jumbo beefburger chunks out of your goatees, and tell your all of your ex-wives that you've got some amazing news!

You see, in school, you missed a very important lesson in your Economics class, and the lesson was on Supply and Demand. Sure the supply is the same as it has always been, but production stopped eons ago. Look, I know first hand since my son is very into cards, and now, so are his friends, so that demand has increased because there are so many new collector's, kids and adults, entering the hobby. They know nothing about that over-production jazz, and they want cards from these years.

More importantly, the tide is turning on prices, as you'll see everyday on eBay that more and more 1987/88/89/90, etc cards are being sold more frequently and at higher prices. Also, the supply of vending boxes, especially from 1987 and 1988 are drying up. 3 vendors I deal with told me they cannot sell these at $5 each now, and are commanding 2x that and even 3x that amount.

Let's be clear: I'm not talking Tiffany prices here, but I am talking about regular Topps prices. So even if the 1987 Topps Charles Hudson card sold at $12 or the Jeff Stone sold at $14 due to population factors, can you say these cards are worthless when now the Barry Larkin Rookie from the 1987 Topps Rookie set sells for $38 and the Pete Rose for $36, per confirmed closed sales over the last 3 months? How about the 1988 regular Topps Nolan Ryan card selling for $50+ or the 1988 Topps Tom Glavine Rookie selling over $30? Similar price jumps are happening with the other major card companies, as well. People are plunking down cold, hard cash. Change your mentality, change the world.

As for my Mike Greenwell investment, I was a little off on the career home run tally for him, and he only hit 120 homers over 12 years. But did you realize that he was a lifetime .300 hitter, batting .303 by the end of his career? Lifetime .303!! Not too shabby! Did you also know that after retirement, he opened up and runs an amusement park? A true, but irrelevant fact...Yay!

But seriously, after almost 27 years of sitting under $1, the graded card has sold on eBay multiple times the past few months, ranging from $6 to $16 (plus shipping costs, so that's $10-$20). This has all happened recently, but it's a very promising start. I am happy to say that I am now once-again a full-ranking member of my family, and I've have been welcomed back to all family functions, except Bingo Night.

For all of you that are swimming in these cards, take a step back and handle them with care. Sleeve them. Top Load some of them. Start putting out a little taste to see if you get some bites. We have all been incredibly patient, and now the time is starting to become ripe for us to sell these beautiful vintage cards to the next generation for them to collect and enjoy. It's a good day ! 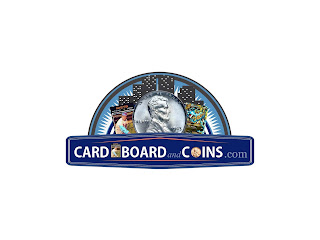