Hi Folks,
I hope everyone has been keeping safe during the pandemic. Our best thoughts and prayers are with everyone that have been affected and impacted by this difficult time.
Today, I hope to put a little bit of levity and perhaps a bit of laughter into your day, even if some of that laughter is directed at me, during my journey back into time to give you a glimpse of what it was like when the Earth was just dinosaurs...and Baseball Cards! 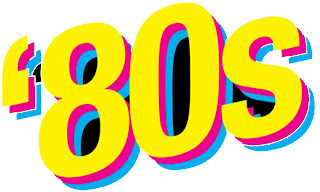 Yes, the 1980s. For those of us in the 40ish range, we remember that decade as a magical time, for the most part, but looking back, there was pain, waiting, confusion, and all that stuff, but wow, there were deals! In the days before professional grading existed, it was a Wild-West out there, but if you were at the right card shows, you were golden!
For the purpose of this article, I will tell you that when I started collecting in the early 1980s, I was in my pre-teens, so it gives you an idea of the mindset that I approached the hobby with at that time. Prior to taking an interest in collecting, my previous memories of baseball cards was a 1976 Topps Glenn Abbott baseball card that reminded me of the Wicked Witch in the "Wizard of Oz", which is why I probably put Elmer’s Glue on the card, somewhere around the time I was 5 or 6. Also, I was quite puzzled by the 1976 Topps Ty Cobb card, which said, "Ty Cobb OF" on the front, and I was always confused..."OF" what? What did "OF" mean? ("OF" meant Outfield, I found out a few years later, of course!). I still have these cards, because these are what sparked it all.
Fast-forward to around 1982, when "Billie Jean" by Michael Jackson, was blasting from every Camaro in Queens, New York (NYC), and after seeing my hapless New York Mets in person at Shea Stadium for the first time, something put me into a complete baseball card trance! I found a lot of the old cards I had, and they looked like they took a tumble in the wash, which they actually might have, and then I decided I needed to go to the candy store and get some cards.
Wax Packs and Rack-Packs were the flavors of the day, and I opened pack after pack, putting the cards in team order, and still not realizing the importance of condition.
Fast-forward to around 1983 (when "Karma Chameleon" was now the tune blasting throughout my borough in NYC)! After ripping open some 1983 Topps Wax packs, a friend and I had a good laugh about the name of one of the players..."Wade"...how could a great player be named, "Wade"? Well, it was Wade Boggs, and boy, were we ever wrong!
At the same candy store where we bought cards, they also sold magazines, and they had a magazine specifically called, "Baseball Cards". I pinched myself to see if I was dreaming, but I wasn't. I bought this magazine, and read it cover to cover on my walk back home. What I found out and read about made my head tilt side-ways in the same way that a dog does when you ask them if they want to go for a walk!
What was it that left me with a completely dumbfounded look on my face? What made time stand still for me?
Let's talk about that in Part 2, "Collecting Baseball Cards In The 1980s...3 Fond Memories, Part 2 Of 2", which you can read here: http://blog.cardboardandcoins.com/2021/12/collecting-baseball-cards-in-1980s-part-2-of-2.html

Merry Christmas, Happy Holidays, and Happy New Year to all!

Thanks, be safe, be healthy, and be well!Many thanks and Regards,

We welcome your feedback, but we do not permit URLs and links to other websites. All comments are moderated before approval.